Bishop Bambera and the Jack Anderson Scandal, by Geroge Neumayr

Abortionist Dies and Police Find Remains of Over 2,200 Aborted Babies in His Home, by Steven Ertelt

It provides a window on yet another travesty in the Church.

The other day I came across a picture of Joseph Bambera as a seminarian (below). About Bambera, the bishop of Scranton, Pennsylvania, Church insiders whisper that he may succeed the soon-to-retire Archbishop Charles Chaput in Philadelphia. Should that happen, Bambera in all likelihood will become a cardinal, owing to his friendly ties with the circle of gay mafia prelates around Pope Francis. Bambera is famous for repeatedly inviting Fr. James Martin, the leading propagandist for LGBT causes in the Church, to speak in the Scranton diocese.

In that same seminary yearbook appears a picture of Jack Anderson (below), whom I had been told was once close with Bambera. After their seminary days, they had both worked together on the canon law tribunal in Scranton. Curious about the exact nature of their friendship, I searched for Jack Anderson’s contact information in the hopes of talking with him. In the course of this research, I stumbled across a story that provides a window on yet another travesty in the American Catholic Church. 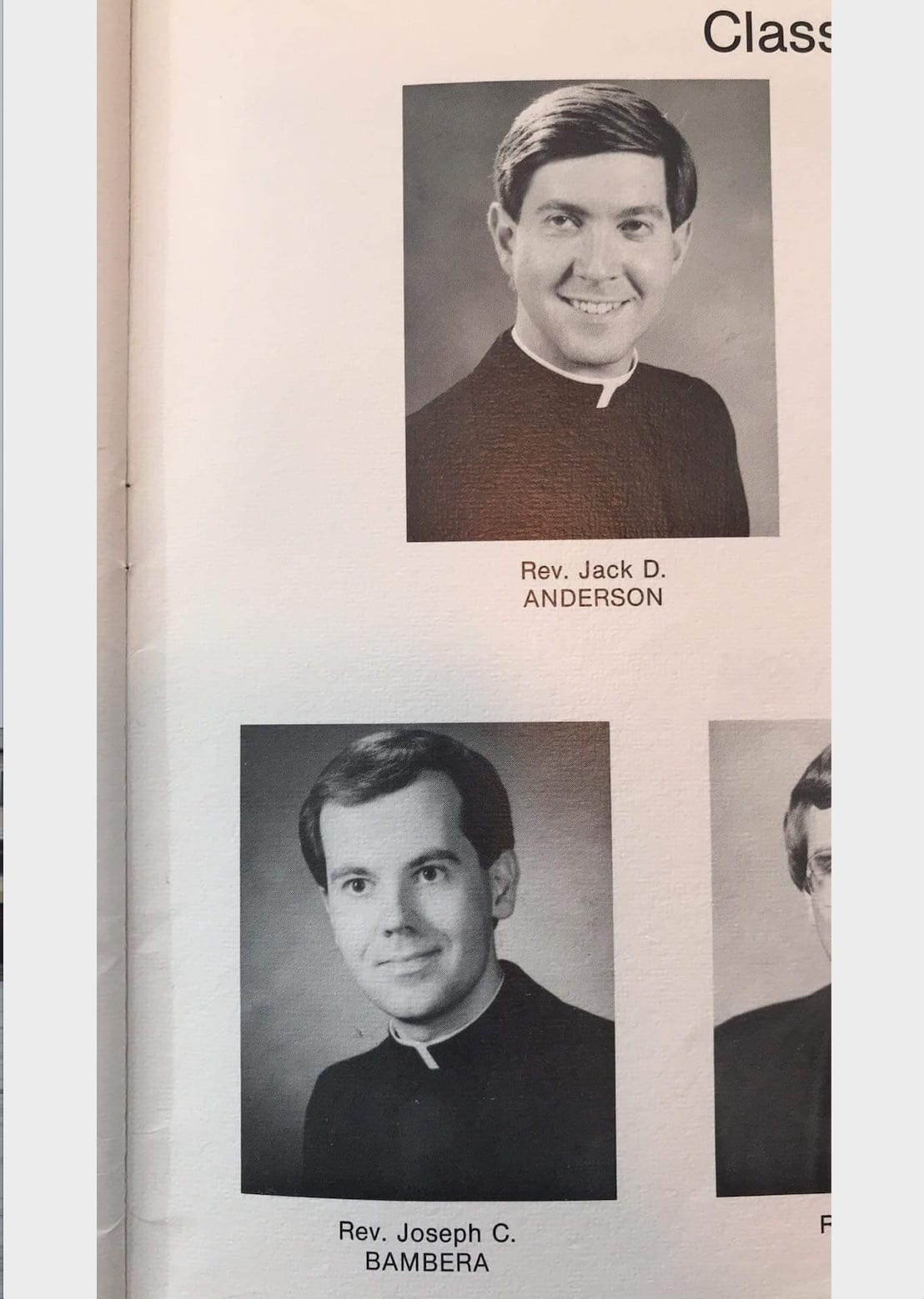 It turns out that Anderson left the priesthood and later married a man, Ted Olson, another former priest. (Olson had been a priest in Wilmington, Delaware, for 25 years.) I had found Jack Anderson’s phone number in the White Pages and called it. “Is this Jack Anderson?,” I said to the man who picked up. “No,” he replied, “it is Ted Olson, his spouse.” Olson then politely answered my questions and gave me Jack Anderson’s cellphone number. (Anderson did not return my calls.)

I asked Olson a series of questions based on my initial research. Did Anderson and Bambera work together on the tribunal? “Yes,” he said. “I have met Joe a few times.” Was it true that Jack Anderson — to this day — remains on a canon law tribunal despite leaving the priesthood and marrying a man? “Yes,” Olson said. Anderson, he confirmed, works on the tribunal for the diocese of Wilmington, Delaware — as a defender of the marital bond, no less! ….