Kathryn Jean Lopez: How About a Little More George Washington?

Anthony Esolen: Beware the Allure of the Inner Ring Statue of George Washington in the Capitol Rotunda in Washington, D.C. (Joshua Roberts/Reuters)
Civility rules for these turbulent times 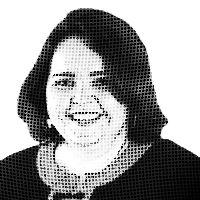 You don’t need to spend a few minutes on Twitter to realize that politics is not bringing out the best in us, to put it mildly. The Brett Kavanaugh confirmation ordeal seems to be some kind of breaking point. And yet, haven’t we had many of them over the past weeks and months and years — and decades? No Trump appointee, Supreme Court Justice Ruth Bader Ginsburg, expressed her dismay recently at the way these judicial hearings go, reminiscing about a time when bipartisanship was plausible. (Which is not to romanticize the past: It wasn’t perfect, but there was something there to recapture.)

The one upside to all of this — or possible way out — is that while dishonor doesn’t belong exclusively to one party, neither do disgust and exhaustion. While I realize a “time out” is just about the last thing anyone has time for just about now, that might be the only thing worth making time for. It’s midterm election season, so the stakes are too high — that’s the partisan assumption. But there really is more to life than politics and even a Supreme Court nomination. I want Roe v. Wade overturned as much as anyone does, so I’m as tempted as anyone to overfocus on the political drama.

A good prescription for a retreat, to recover a little sense of dignity to our civic life, might involve turning to our first president as a guide. Richard Brookhiser, my colleague at National Review — one of the most compelling storytelling historians alive — first published his edition of Washington’s “Rules of Civility” in a small volume in 1997, before Bill Clinton’s impeachment hearings, before the World Trade Center towers fell. The question Rick asks in the subsequent 2003 edition could be asked again today: “Have the years of gross farce, tragedy, and war made civility less important?” His answer then has still got to be true: “George Washington, I believe, would not think so. He knew about scandal.” He went on to talk about Washington’s decency to Alexander Hamilton and his family, when Hamilton fell into public scandal, with all the graphic details in the papers. How Washington treated Hamilton, Rick writes, “was a masterpiece of courtesy and tact.” Rick goes on to write about Washington’s dealing with New York City under attack in the summer and fall of 1776, when “11,000 American prisoners of war died in foul prison ships moored in the East River.” Washington had his problems, in other words Things turned around — maybe in no small part because he tried to be good in it all.

As a teenage boy, Washington wrote down “The Rules of Civility & Decent Behavior in Company and Conversation.” Consider a few: “Every action done in company ought to be done with some sigh of respect to those that are present.” Maybe we could follow this guideline when we  interact with people on social media, in commercial transactions, or in and around Senate confirmation hearings.

Here are some others:

Let your countenance be pleasant but in serious matters somewhat grave.

Shew not yourself at the misfortune of another though he were your enemy.

Do not laugh too loud at any public spectacle.

Always submit your judgment to others with modesty.

Do not express joy before one sick in pain, for that contrary passion will aggravate his misery.

In another, there’s a caution against being sharp and biting humor. That alone could shut down Twitter as we know it.

Use no reproachable language against ant one, neither curse nor revile.

Be not hasty to believe flying reports to the disparagement of any.

Speak not injurious words neither in jest nor earnest; scoff at none although they give occasion.

Another rule emphasized the need for reverence when referring to God and the importance of honoring and obeying “your natural parents though they be poor.” Maybe that’s a healthy call to forgiveness, too, and self-reflection on all of our own shortcomings?

Here’s another timely one any day of the week – and this one cuts in many ways, to the heart of the ongoing unveiling of scandal in my beloved Catholic Church: “Let your recreations be manful not sinful.”

Labour to keep alive in your breast that little spark of celestial fire called conscience.

You get the idea.

George Washington didn’t have Twitter. He didn’t have everyone everywhere seeming to be an expert on everything political, as we watch it all as one extremely entertaining and yet horrifying and anxiety-heightening reality-TV show. But, as Rick Brookhiser writes:

We have our problems and distractions, but George Washington had his. If a great man took the trouble to behave well, so can we.

So how about that timeout with a first presidential retreat master? For a remembrance of the possibility and promise of decency.

This column is based on one available through Andrews McMeel Universal’s Newspaper Enterprise Association.