Long-Awaited McCarrick Report Due Next Tuesday, by Edward Pentin

Abortion is Essential Health Care — And Other Falsehoods, by Hendrik van der Breggen

Attorney Sidney Powell Makes Explosive Voter Fraud Allegation: ‘They Had This All Planned’, by Leah Barkoukis Edward Pentin Edward Pentin began reporting on the Pope and the Vatican with Vatican Radio before moving on to become the Rome correspondent for the Register.  Editor’s Note: This story has been updated to include a Nov. 6 Vatican announcement confirming the date and time for the report’s release. 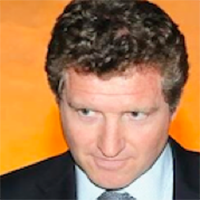 VATICAN CITY — The Vatican’s much-anticipated report on the disgraced former Cardinal Theodore McCarrick will be released next week.

In an email to journalists Nov. 6, the Holy See Press Office advised that the report will be published Nov. 10 at 2pm (Rome time). “Prepared by the Secretariat of State by mandate of Pope Francis, the report will include the Holy See’s institutional knowledge and decision-making process related to former Cardinal Theodore Edgar McCarrick (from 1930 to 2017),” the statement read.

Citing unnamed sources, the Register and other outlets reported on Thursday that the report’s publication was imminent. Reuters speculated that the report would be published “this month,” shortly before the annual meeting of U.S. bishops.  …