Now It’s Time to Do Our Part in the Conversion of Russia, by Patti Maguire Armstrong

Daily Scripture Reading and Meditation: God, Be Merciful to Me a Sinner! Sister Lúcia said Our Lady asked for observance of the Five First Saturdays devotion, and especially desired ‘the sanctification of our daily life.’ 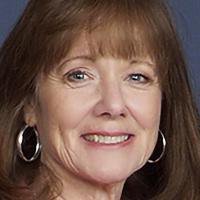 Pope Francis, in union with all the bishops, consecrated Russia and Ukraine to the Immaculate Heart of Mary on Friday. The impulse comes from Our Lady of Fatima’s messages. Everyone should know about the story of Fatima, one of the Church-approved apparitions.

In an interview for the Register, Deacon Bob Ellis, National Coordinator for the World Apostolate of Fatima, USA, pointed out that the consecration of Russia to the Immaculate Heart of Mary was only part of what Our Blessed Mother said was necessary for the conversion of Russia and for the Triumph of the Immaculate Heart. He explained that during the Fatima apparitions in 1917 to three shepherd children, “The Blessed Virgin Mary revealed that World War I would end, and predicted another war during the papacy of Pius XI if people continued to offend God. She promised to come and ask the consecration of Russia to her Immaculate Heart.” …