Archbishop Charles J. Chaput: Synod 2018 and the Road Ahead

By Linda Muller–“If Donald Trump was elected on any one issue, it was immigration and his promises to secure the border, build the wall and halt the invasion…” … Brigade, I’m sure the Fake News will focus on the poor women and children whose only crime is to seek a better life for their families in the USA… However, from the videos I’ve watched online it appears to be mostly strong young men heading for our border. My hope is that President Trump will call out the National Guard to fortify the Border Patrol and protect our country against this foreign invasion…. Let’s not allow the USA to suffer damages similar to Germany, France, Austria and Sweden… Here are a few videos to help you comprehend how dangerous this situation is for American citizens:

With Open Gates:  The Forced Collective Suicide Of European Nations 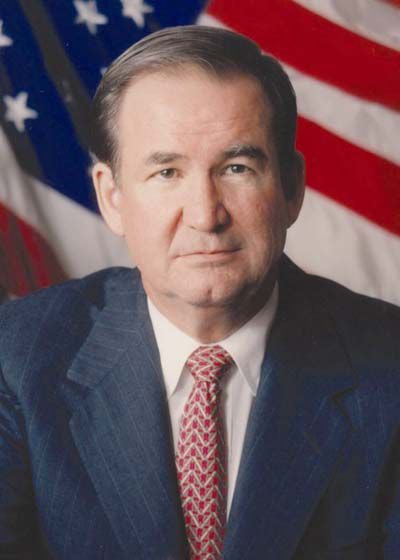 Our mainstream media remain consumed with the grisly killing of Washington Post columnist Jamal Khashoggi in the Saudi consulate in Istanbul, and how President Donald Trump will deal with Crown Prince Mohammed bin Salman.

Understandably so, for this is the most riveting murder story since O.J. Simpson and has strategic implications across the Middle East.

Yet far more critical to the future of our civilization is the ongoing invasion of the West from the Third World.

Consider the impact of the decision by Chancellor Angela Merkel in 2015 to throw open Germany’s doors to 1 million refugees from Syria’s civil war.

Last weekend, in a crushing blow to Merkel, the Christian Social Union, the Bavarian sister party of her CDU, won its smallest share of the vote in half a century, 37 percent. Her coalition party, the SPD, saw its share of the Bavarian vote fall to a historic low of less than 10 percent.

The right-wing Alternative for Deutchland saw its support rise to 10 percent and has become a force in German politics. Some conservatives are urging the CDU to adopt the AfD hardline on illegal immigration.

The message sent by the Bavarian electorate is the message voters across Europe have been sending to their own capitals for years: You are failing in your first duty — defense of the homeland from foreign invasion. Mass migration of unassimilable peoples and cultures from a global South represents an existential threat to our Europe.

As Merkel’s chancellorship approaches its end, French President Emmanuel Macron, her progressive EU partner, has seen his approval fall to below 30 percent.

The U.S.-led NATO alliance may guard the Baltic and Black Sea regions against a Russian invasion from the east. But in Central, Southern and Western Europe, the more feared invaders are the peoples of Africa and the Muslim world, whose numbers are expected to triple or quadruple by this century’s end.

And as their numbers grow, so, too, does their desperation to escape, even at risk of their lives, the poverty, wars and repression of their homelands to cross the Med and fill the empty spaces left by a depopulating Europe.

It also now appears that the U.S. elections, not three weeks away, may be affected by another immigration crisis on the U.S. border.

As of Thursday, a caravan of 4,000 refugees without visas had crossed from Honduras into Guatemala and was heading toward Mexico. By Election Day, it will either have been stopped, or it will be here. And this caravan is a portent of things to come.

When Trump, under intense political fire, ended his “zero tolerance” policy of separating refugees from their children, this message went out to Mexico and Central America:

Bring your kids with you when you cross the border. They will have to stay with you, and they cannot be held for more than 20 days. Thus, when they are released, you will be released to await a hearing on your claim of asylum. The odds are excellent that you can vanish into the U.S. population and never be sent back.

Enraged, Trump has threatened to cut off aid to El Salvador, Honduras and Guatemala if they do not stop the caravans and has warned Mexico he will use the U.S. military to secure our border.

Unwanted mass migration is the issue of our time, as there is no foreseeable end to it before it alters America irremediably.

As these migrants are almost all poor, not highly skilled, and do not speak English, most will join that segment of our population that pays no income taxes but qualifies for social welfare benefits like food stamps, medical care and free education in our public schools.

They are thus a net drain upon the resources of a nation that is already, at full employment, running a deficit of $779 billion a year.

These migrants, however, are a present and future benefit to the Democratic Party that built and maintains our mammoth welfare state, and which, in presidential elections, routinely wins 70 to 90 percent of the votes of people whose trace their ancestry to Asia, Africa and Latin America.

Not without reason, Democrats believe that if they can change the composition of the American electorate, they can control America forever.

If Donald Trump was elected on any one issue, it was immigration and his promises to secure the border, build the wall and halt the invasion.

How he deals with the impending crisis of the migrant caravan may affect both the fate of his party in November and his presidency in 2020.