INCLUDING VIDEO by PatrickCoffin.media:  “My Parents’ Divorce Still Hurts, with Leila Miller” 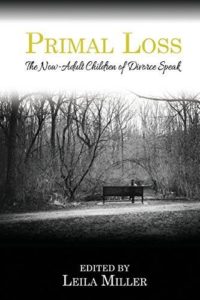 Almost two decades ago, as a younger priest, I remember trying to save a marriage. Sadly, by the second counseling session I concluded that the couple really had no intention of trying to save the marriage. Rather, they were looking to me to assuage their guilt and to console them by telling them they were really “doing the right thing,” that God wanted them to be happy and would not mind if they divorced. I could do no such thing.

At a critical moment the couple said, in effect, “We are really doing this for the sake of the children. We don’t want them to suffer with all of our bickering.” To which I replied, “Then stop the bickering!” As they looked at me incredulously, I went on to urge them to get whatever help they needed to work through their differences. I insisted that God hates divorce and that divorce is not good for children; reconciliation is what they want and need.

Realizing that they were not going to get the approval and consolation they sought, the couple ended the session and did not return. They finalized their divorce. Their three children went on to be subject to things far worse than bickering: being carted around to different households on weekends, meeting Dad’s new girlfriend, accepting a stepdad, always secretly wishing that Mom and Dad would love each other again.

I thought of that story (and others like it) as I was reading this book, published in May: Primal Loss: The Now Adult Children of Divorce Speak, by Leila Miller. It should be required reading for anyone who thinks that divorce is “good thing” for their children—or even for them.

Consider the following passage from the book, in which a woman writes of suffering through her parent’s divorce during her youth:

My grandparents’ generation had to deal with a lot — war, undiagnosed PTSD, and alcoholism—but they had a noble idea: That you sacrificed your own happiness for your children’s well-being. You took on all the heartache so they didn’t have to. …

My parent’s generation inverted that. They decided it was better a child should have her world torn apart than that an adult should bear any suffering. Of course, they didn’t frame it that way. They wanted to believe that the child would suffer less, because children were just extensions of the mother, and the mother would theoretically be happier [p. 131].

It is shocking logic, but widespread in our culture. Indeed, the whole conversation about marriage today is about adults and what makes them happy; children are something of an afterthought. Marriage is said to be about romance, being happy, and “finding a soulmate.” But if one asks a couple about having children, a common response is, “Oh sure, that too. We’ll probably have a kid or two … when we’re ready.” Children are seen more as a way of accessorizing the marriage, as an “add-on” rather than the essential work of a marriage.

Yet the biblical and traditional understanding of marriage has its entire structure made sensible by its central work: procreation and the subsequent raising of the children. That a man and a woman should enter a stable, lifelong union makes sense because that is what is necessary and best for children. Marriage is about children and has its very structure directed toward what is best for them. Physically, emotionally, psychologically, and spiritually, a child is best raised by a father and a mother who are stably present and who manifest the masculine and feminine genius of being human. To intentionally subject children to anything less or anything different does them an injustice.

The divorce culture casts this aside and insists that marriage is about adults and what makes them happy. If there are children in the picture, don’t worry, they’ll adjust; kids are resilient. Or so the thinking goes.

Leila Miller has done a wonderful service in showing that children are not so resilient after all. In fact, even long after attaining adulthood, these victims of their parents’ divorces still suffer painful and lasting effects. Ms. Miller interviewed 70 adult children of divorce and let them speak for themselves.

Many were surprised that anyone was interested or even cared about what they thought or had experienced. One of the more common experiences shared was a “we’re not going to talk about the divorce” mentality. Never mind the awkwardness of Mom and Dad marrying others. We’re supposed to go along with the drastic changes and be delighted, happily accept new siblings, and call some man “Dad” (or some woman “Mom”) who really isn’t. We want to make sure that no one’s feelings get hurt, so we’re all going to be nice and pleasant. The unspoken message in this is that the feelings of the children matter less and must be sacrificed so that others—mainly adults—can be happy and “get on with their lives.”

Some who have read this book say, “Finally, someone understands.” Or “Wow, that’s just how I feel!” The powerful, articulate testimonies in it will help those who had to live through divorce to name and understand their own hurts and feelings, not merely so as to brood or to reopen old wounds, but to the bring them to the light and seek deeper healing.

I cannot recommend this book enough. It is a healing for those who have suffered and, I pray, a strong medicine to prevent divorce. As Christians, let’s remember that God designed marriage to be what is best for children. The truest happiness any father or mother can find will be the knowledge that they made the sacrifices necessary to be sure that their children were raised well and prepared for life here, and even more, for eternal life.

Disclaimer: Not everyone who is divorced came to be so in the same way. Some tried hard to save their marriage but their spouse was unwilling. Others came to conversion later in life. Still others were physically endangered during the marriage. This essay is not to be construed as a general condemnation of all who are divorced. Rather, it is a heartfelt plea that amidst today’s divorce culture we count the full cost of divorce and that we remember that marriage is first and foremost about what is best for children.