AUL: Some Abortion Stats Conspicuous by Their Absence by Chris Woodward One of the joys in living in an area like the Diocese of Knoxville, which is approximately 3 percent Catholic, is that there are many opportunities to explain or correct erroneous beliefs held by our non-Catholic brothers in what they believe the Catholic faith is all about. Archbishop Fulton J. Sheen told his audience several times over the course of his TV program that there are very few people who truly hate the Church, but many hate the Church for what they believe her to be.

Recently, at some sort of civic event, a fellow who knows I am Catholic asked me, “Have you been saved?” He went on further to say that in his church, all that is required for salvation is a knowledge of Christ, and all of our sins from birth to death are forgiven; we are then assured eternity in heaven.

In response, I explained how Catholics understand salvation and why. My explanation to him is presented as a paraphrase, since I do not recall my exact quotes.

The Problem With the “Once Saved, Always Saved” Theory

As an example, let us say that you have just been released from prison for embezzlement of some sum of money from your employer. Your sentence came from the courts, but your offense was against God as well: “Thou shalt not steal.” While in prison, you found Christ and all of your sins were washed away.

After release from prison and several promotions, you find yourself in a position of responsibility where you can make off with some amount of money. Temptation reawakens old habits, and over the passage of time, you relieve the company of a few thousand dollars.

If I understand the aforementioned viewpoint correctly, would such a person be exempt from guilt, since he knows Christ and his sins have been washed away? This would reduce our faith to a rather presumptive view. Christ Himself warned the world about that sort of faith when He said, “Not everyone who says to me, ‘Lord, Lord,’ will enter the kingdom of heaven, but only the one who does the will of my Father in heaven” (Matthew 7:21).

I told my Protestant friend that, while we each believe that salvation is given through grace, and cannot be earned, we Catholics believe it can also be thrown away. From my perspective, salvation is a past, present, and future event.

Salvation as Past: “I have been saved”

As Catholics, we do not deny that we have been saved. We would not leave it at that, but the statement itself is not untrue. We have been pulled out of our natural condition of sin and ignorance and granted a new life of grace in Christ, a life that, if we adhere to it faithfully, will lead us to eternal life.

One might make a comparison to a man who has been pulled out of the sea onto a boat. Provided he remains on the boat, instead of jumping off into the water again, he has been saved. We need, and are promised, the aid of God’s grace in remaining on the boat of the Christian life; but we must choose to cooperate with that grace.

The writers of the Epistles tell us that our faith has brought us to salvation. Ephesians 2 explains this truth in verses 5-7 and then recaps it in verse 8, “For by grace you have been saved through faith, and this is not from you; it is the gift of God.” This thought is presented again in Romans 8:22-24: “We know that all creation is groaning in labor pains even until now; and not only that, but we ourselves, who have the first fruits of the Spirit, we also groan within ourselves as we wait for adoption, the redemption of our bodies. For in hope we were saved. Now hope that sees for itself is not hope. For who hopes for what one sees?“

These examples, among others, teach us about the nature of salvation. It is a gift of God, undeserved, unearned, and freely given. It is a gift to us in the present, but also directs us toward a future in which it will be fulfilled. It requires a faith in Christ and His Father and a hope that what Christ has told us was fulfilled by the Holy Spirit, as is mentioned in Titus 3:4-6: “But when the kindness and generous love of God our savior appeared, not because of any righteous deeds we had done but because of His mercy, He saved us through the bath of rebirth and renewal by the Holy Spirit,whom He richly poured out on us through Jesus Christ our savior.”

The Present Nature of Salvation

Once we have begun this life of grace, we find that salvation is also an ongoing process, in that it must be protected and we must persevere in its promise. This is explained in 1 Peter 1:8-9: “Although you have not seen him you love him; even though you do not see him now yet believe in him, you rejoice with an indescribable and glorious joy, as you attain the goal of [your] faith, the salvation of your souls.”

Putting it into more modern language, we must “keep our eyes on the prize.” Paul tells us in Philippians 2:12, “So then, my beloved, obedient as you have always been, not only when I am present but all the more now when I am absent, work out your salvation with fear and trembling.” The words “work out” are directed toward present activity. We must persevere in, protect, and deepen our faith, hope and love, to “confirm [our] call and election” (2 Peter 1:10), so that our new life, which God’s grace has begun in us, may not be neglected and wither away, but may grow and develop, to be fulfilled perfectly in eternity.

To see the future nature of Salvation, we need do nothing more that listen to Christ’s own words. In Matthew 24:13, He tells us, “But the one who perseveres to the end will be saved.” Again, in Matthew 10:22 we are reminded, “whoever endures to the end will be saved.” What does this mean? It means continuing to follow the commandments, doing what Christ has instructed us to do, and always being mindful of the treasure we hold.

Salvation is not an isolated event, though it may begin at a specific moment. It is a process that takes place by God’s grace and our loving cooperation. This thought should not become a cause for anxiety, but rather, for confidence and gratitude toward the Lord Who will lead us and give us strength. 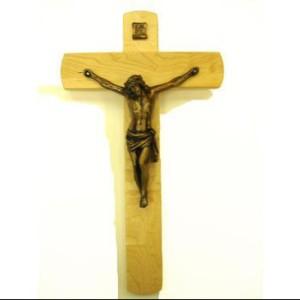 Dan and his bride, his gift from God, have been married over 50 years, and they have recently moved to East TN to reduce the distance to family. He is a 4th degree Knight, is active in the Society of St Vincent de Paul, and several other ministries. He has been listed in the “Who’s Who Directory of Global Business Leaders”.