US Bishops Try to Keep Focus on Eucharist, Not Politicians, in New Document, by Lauretta Brown

How St. Rose Philippine Duchesne Was Fueled by the Eucharist, by Philip Kosloski On the second day of their fall assembly, the bishops avoided another heated, public debate as they approved a teaching document on the Eucharist. 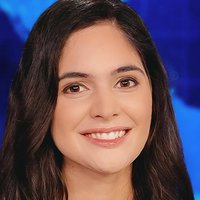 BALTIMORE — The U.S. Conference of Catholic Bishops voted overwhelmingly to approve a teaching document on the Eucharist Wednesday that caused a great deal of controversy in its June meeting due to concerns that its section on worthiness to receive Communion would be perceived as aimed at prominent pro-abortion Catholic politicians like U.S. President Joe Biden.

The document did include a section on worthiness to receive Communion, reminding the faithful that “if a Catholic in his or her personal or professional life were knowingly and obstinately to reject the defined doctrines of the Church, or knowingly and obstinately to repudiate her definitive teaching on moral issues” they “should refrain” from Communion, but contained no references to specific politicians. Compared to the three hours of heated debate its drafting spurred, there was only about a half-hour of comments from bishops before its passage by a vote of 222-8, with three abstentions. …