The president of the March for Life organization says pro-life activists know choosing life is not always easy for a woman facing an unintended pregnancy.

“The philosophical underpinnings of our theme this year – ‘Love Saves Lives’ – is that love requires sacrifice,” Jeanne Mancini told Breitbart News during an interview. “But, sacrifice bears fruit. It isn’t always easy to choose life, especially when someone is facing an unexpected pregnancy, but choosing life is the empowering and loving option. We are given what we need for the moment to do that.”

Pregnant after rape, abortion was never a thought for Jennifer

After surviving a brutal rape by a serial killer, Jennifer Christie found herself pregnant after rape. This is the story of how she chose life for her son.

Friday’s 45th annual March for Life will be held – as it is each year – on the anniversary of the Supreme Court’s ruling in the case of Roe v. Wade, when the high court created a right to abortion though none existed in the Constitution.

“One of the highlights of the March for Life for me is standing up on the platform and looking out at the sea of almost endless faces of young people who are so enthusiastic and so excited,” Mancini says. “It just buoys my spirits so much and gives me hope. They are the pro-life generation and they know this is the human rights issue, the social justice issue of today. We’re passing the work onto them and they’re ready.” 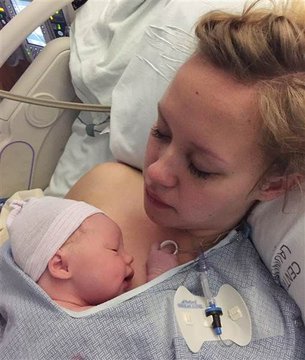 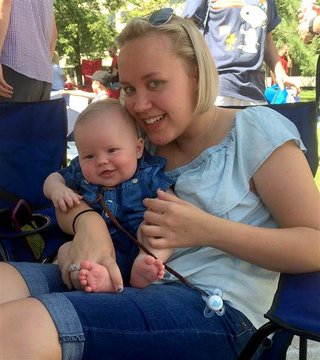 ‘How much I love you’: Birth mom makes video for son before adoption https://buff.ly/2DiK9YW  #LoveSavesLives #WhyWeMarch

Mancini explains that the theme of “Love Saves Lives” also highlights that the basic foundation of the pro-life movement is the pregnancy care and maternity home movements.

“They have been serving women from even before Roe v. Wade – longer than 50 years – providing shelter to women facing unexpected pregnancies, and they’re primarily volunteer-staffed,” she says. “They provide free resources to women, whether it’s parenting classes, diapers, formula, etc., and they are the backbone of the pro-life movement.”

“There was a lot of craziness with my entire – with my mom’s pregnancy with me. She decided to trust God and not what the doctors were saying.” – Tim Tebow https://buff.ly/2D982zb  #WhyWeMarch #LoveSavesLives

Tim Tebow on Facing Abortion: Doctors Called Me a ‘Tumor’ Not ‘Baby’

As his mother prepares to speak at the 45th annual March for Life later this month, Tim Tebow is giving a hint of what’s to come: he himself was almost a victim of abortion. In an interview published…

The March draws over 100,000 Americans from across the country to the nation’s capital. This year, President Donald Trump will become the first sitting president of the United States to address the March live via satellite from the White House.

BREAKING: President Trump will address the @March_for_Life LIVE on Friday, making him the first sitting U.S. president to do so. http://bit.ly/2mFULqA

BREAKING: President Trump will address the March for Life live via satellite

President Trump will address the 45th annual March for Life on January 19, 2018, live via satellite becoming the first president in history to do so.

Mancini reflects on the first year of the Trump presidency and her assessment of his impact on the pro-life movement:

There was some excitement about Trump this time last year, but also some anxiety about whether he would be true to what he promised on the campaign trail. And, he has been 100 percent true, and it’s been exciting to see the pro-life leanings of this administration, whether it’s at the top levels of personnel policy – putting intellectual, experienced, scholarly, pro-life Americans at the highest level of government, including Vice President Pence, of course, or the actual policies that have been enacted.

From October, we saw these rules released at HHS and Labor related to groups that would like to opt out of the abortion-inducing drug mandate. Also, the work on the judiciary with the nomination of now-Supreme Court Justice Gorsuch and also the dozens of nominations at the appellate and district court level. Sadly, many of them are waiting for confirmation, but, at the same time, the Trump administration has made really excellent nominations. 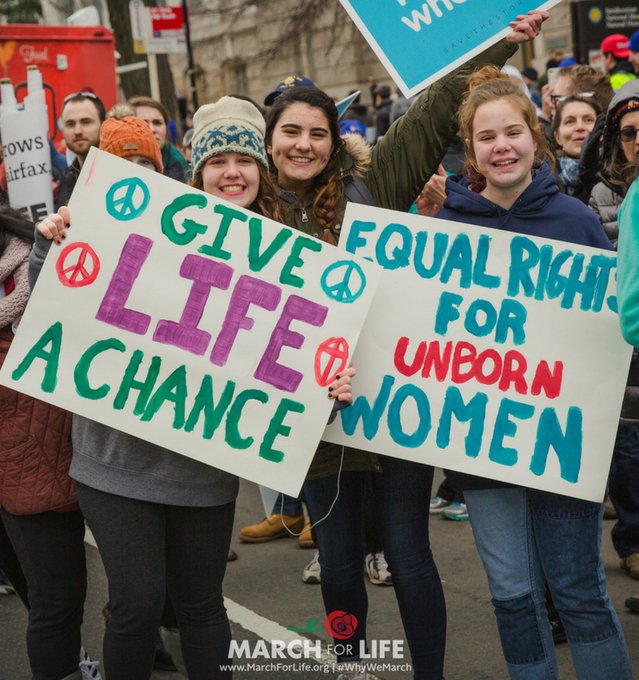 Mancini says her primary disappointment has been the U.S. Senate’s failure to follow through with important pro-life legislation, even though the chamber is led by Republicans – supposedly the “pro-life” party:

I’m frustrated by the Senate. The president made four promises to the pro-life movement on the campaign trail, and defunding Planned Parenthood was one of the four. He has been able to make good on one – the nomination of Neil Gorsuch. He could make good on the three others if the Senate were to stop putting up barriers in the way. The Pain-Capable bill is a no-brainer, and we’re hoping the Senate will pass that, though it’s more of an optimistic hope at this stage, and yet eight out of ten Americans would get rid of late-term abortion. Most Americans – even if they say they are pro-choice – think that abortion should be limited to, at most, the first three months of pregnancy.

A newly released Marist poll finds that 76 percent of Americans favor restricting abortion to – at most – the first three months of pregnancy.

“Also, the codification of the Hyde Amendment in the No Taxpayer Funding for Abortion Act should be able to pass the Senate,” Mancini adds. “The president has promised he would sign both of those measures into law.”

Because I was born. And our unborn brothers and sisters deserve that same right. #WhyWeMarch

It should easily be worked into the health care and, so, I think the White House needs to be reminded of that promise – and there is frustration – but, at the same time, I don’t think the responsibility for this at this stage lies with them. Congress needs to pass a good healthcare reform and it needs to include life-affirming structures, like redistributing monies that have gone to our nation’s largest abortion provider to life-affirming centers that provide many more health services for women and men, in addition to having much better regulatory oversight.

House Majority Leader Kevin McCarthy, however, has announced the chamber will vote this week on the Born Alive Abortion Survivors Act.

“This bill states simply that if a baby is born after a failed abortion attempt, he or she should be given the same medical care as a baby born any other way,” McCarthy said in a statement. “In line with our longstanding commitment to empower women, mothers will never be held criminally accountable. However, doctors who fail to provide medical care to newborns will be held criminally accountable. There is absolutely no ambiguity here. This is about protecting babies who are born and alive, and nobody should be against that.” Bp. Schneider: Pope’s ‘Persecution’ of the Latin Mass an ‘Abuse of Power’ Which Must Be Resisted, by Michael Haynes The Synod of the Red Death, by Darrick Taylor