If “God so loved the world.” how can he possibly send people to hell?  Is he a loving Father or a stern judge? Jesus helps us reconcile love & grace with hell & judgment in perhaps the most famous worlds in the Bible, John 3:16.

As the camera pans the crowd at a football game, you see a few fans holding up the sign. It simply says “John 3:16.”

For years, evangelical Protestants have extolled this little Bible verse as the heart of the Gospel. In their minds, if you only have a moment to tell people something about the Christian faith, this is Scripture you should quote: “For God so loved the world that he sent his only Son that whosoever believes in him may not die but may have eternal life.”

Pope Paul VI, in his landmark letter on evangelization, confirmed that this verse, from this Sunday’s gospel, is indeed is the central theme of the entire bible

So then comes the million dollar question–how could a loving God ever send anyone to hell?

The answer is very simple. He doesn’t.

Oh, hell certainly exists, alright. We see its crowded waiting room here on earth and can, if we observe closely, get some insight as to why its occupants are sitting there.

War certainly comes close to being hell on earth, especially when you happen to be on the losing side. Armed conflict is always nasty. But in the ancient world, despite the low level of technology, war was often total. When a city resisted a conquering army, it was made an example to neighboring towns.

JEREMIAH & THE DESTRUCTION OF JERUSALEM

Jerusalem, for example, was razed to the ground by the Babylonians. The pride and joy of Israel, Solomon’s temple, was reduced to a heap of rubble, civilians as well as soldiers put to the sword, and a few lucky ones led into exile.

Did God bring this hellish fate upon them? Not in the least. He actually sent messengers to tell them how to prevent such tragedy. Jeremiah warned Jerusalem to repent and offer no resistance to the invaders. Their response? They imprisoned him. Through stubborn and foolish arrogance, they brought their fate crashing down upon their own heads, much to God’s dismay.

HOW THE LAST JUDGMENT WORKS

Eternal punishment is exactly the same. No one is in hell except those who choose it.“The judgment is this–the light came into the world, but men loved the darkness instead of the light (Jn 3:19). 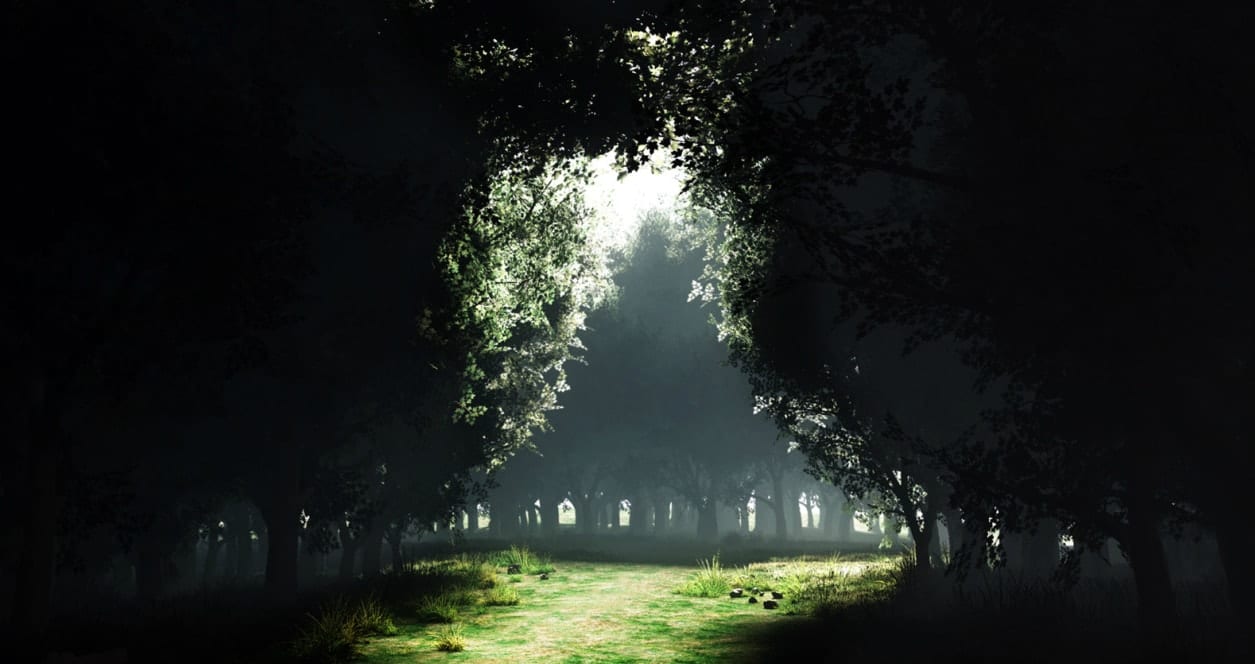 Why would people walk away from the light? Perhaps because they don’t like what they see as they emerge from the shadows. Maybe because they don’t want anyone else to see them as they really are. They’d rather keep up the charade that they are good people and can fend for themselves, thank you very much. . .  that they’ve always done what’s right and deserve to be appreciated, even applauded, by God and everyone else.

At the moment of death, the choice for light or darkness becomes final and irrevocable. But before that time, God is waiting for us to turn to him. He is rich in mercy (Eph. 2:4). He shines his light on our sins and brokenness not to humiliate us, but to irradiate the vermin that infects us and to clear up our blotchy complexion. All we need is the courage to face the truth about ourselves and rejoice in his merciful love which accepts us no matter what we’ve done or who we are. All we need is to be willing to say “sorry” and “thanks.” For we can do nothing to earn his favor–it comes to us as a pure, undeserved gift, as Paul tells the Ephesians.

But God can’t give us his mercy if we don’t ask for it. And if we insist on “pulling our own weight,” and getting from God what’s coming to us, he’ll do as we say. Jesus offers us a share in what He deserves from our heavenly Father. I think I’d opt for that rather than what I deserve!

Lent is a time to remember that we live by the mercy of God, and to renew our determination that the grace that he has so generously lavished upon us will not be received in vain.