Saving the Democrats—From Themselves, by Benjamin D. Wiker ROME (ChurchMilitant.com) – Catholics all over the world have been scandalized by nuns performing a distinctive Hindu ritual during the elevation of the Holy Eucharist at a Mass celebrated by Cdl. Blaise Cupich in Rome.

The “arati” ritual is one of twelve Hindu symbols, rituals and ceremonials approved by the Vatican for the “Indian Rite Mass” and has led to widespread syncretism, liturgical abuse, confusion among the laity and a moratorium on evangelization in India.

A trio of Indian nuns, who had completed their diploma in safeguarding at the Gregorian Pontifical University’s Center for Child Protection, performed the “arati” rite at the thanksgiving Mass presided over by Cdl. Cupich of Chicago on Feb. 14. 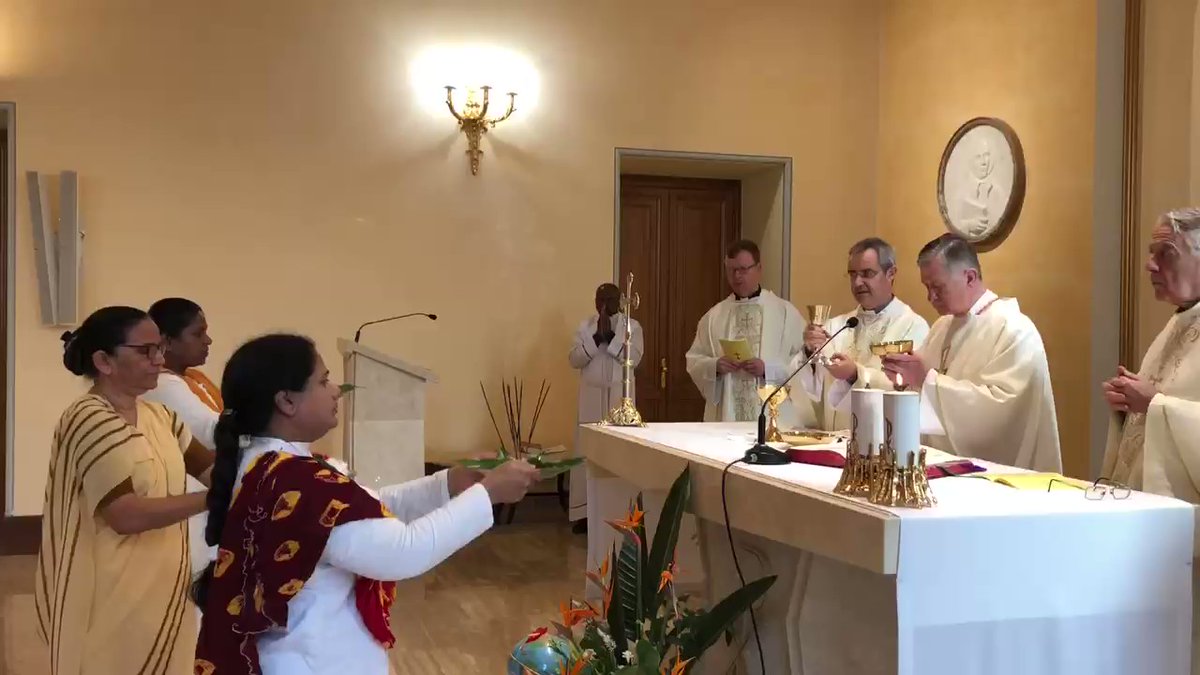 The “arati” was performed to the chant of a “bhajan” (Indian chorus) with the music of Indian instruments accompanying the singing. At least three other priests are concelebrating alongside Cupich.

In a video clip on Twitter posted approvingly by Sr. Karolin Kuhn SSND, the nuns are seen swaying rhythmically to the music, each waving a ceremonial dish containing joss sticks, flowers and oil lamps, as Cupich and his concelebrant raise the consecrated Host and chalice for the Great Doxology at the culmination of the Eucharistic Prayer.     ….