RICHMOND, VA – Thousands of people gathered together Wednesday in the Virginia capital for the state’s first-ever Virginia March for Life. An estimated 6,500 pro-life people attended.

Pro-life advocates boldly rose to the occasion in front of the Virginia state capitol in Richmond to rally together to protest the injustice of abortion and defend the sanctity of life.

The march took place on April 3 to commemorate the “Veto Day” of the Virginia legislative session. This holds particular weight in light of recent pro-abortion legislation introduced by state Delegate Kathy Tran, which would have radicalized abortion law in Virginia by stripping away basically all rights and protections from the unborn.

The march also served as a response to Virginia Gov. Ralph Northam who supported this extreme pro-abortion agenda and went so far as to suggest doctors could choose whether to save newborn children who survived botched abortion procedures.

Despite the pro-abortion agenda of the state’s governor and certain legislators, turnout for the first-ever Virginia march showed that the pro-life movement will fearlessly continue to advocate and defend life. During the rally leading up to the march, the Virginia Speaker of the House and several pro-life state delegates expressed their support for the pro-life cause. 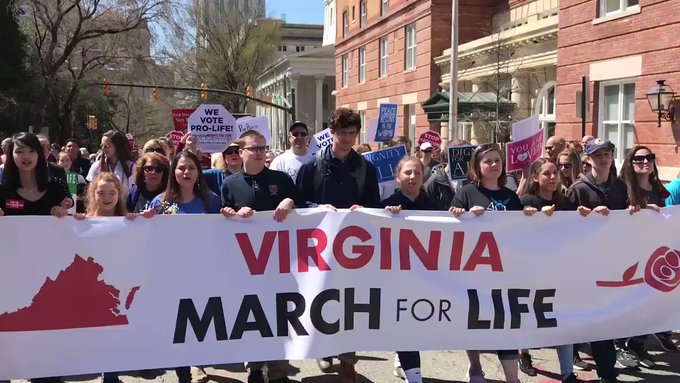 The pro-life people of Virginia

* stopped abortions up to birth
* stood against a governor supporting infanticide
* and now they are marching for LIFE!#VAMarchforLife #virginiamarchforlife 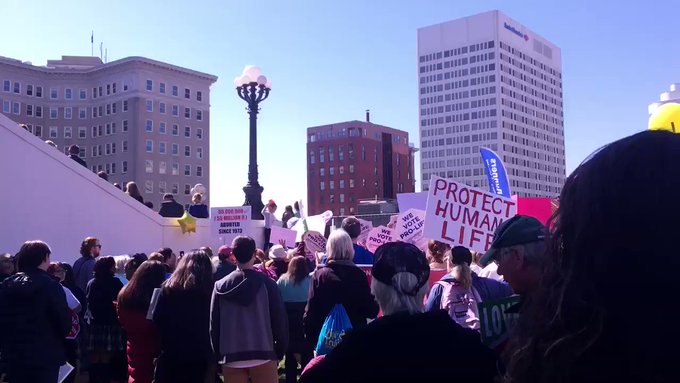 A little chant broke out at the VA march for life 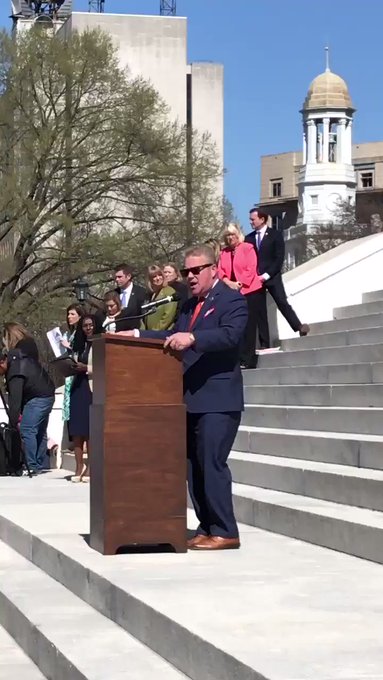 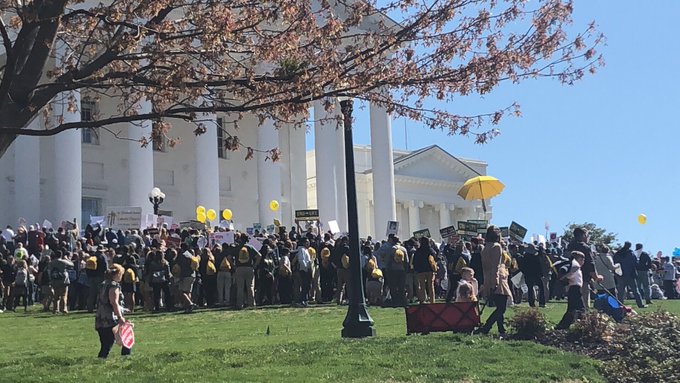 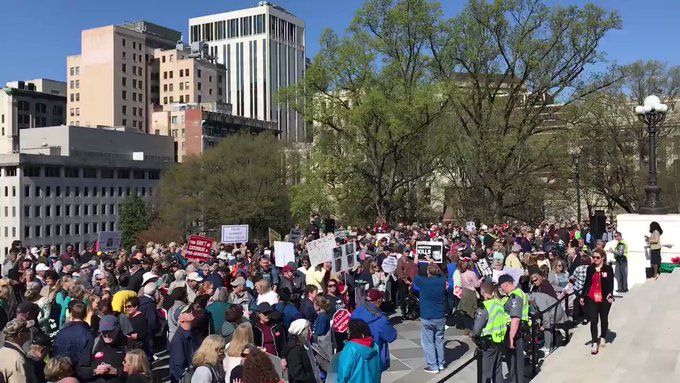 Hundreds of people turned out today for the Virginia March for Life!

They are standing against abortion and against Governor Ralph Northam, who supports infanticide but yesterday signed a bill to make animal cruelty a felony.https://www.lifenews.com/2019/04/02/virginia-governor-who-supported-infanticide-signs-bill-to-make-animal-cruelty-a-felony/ … 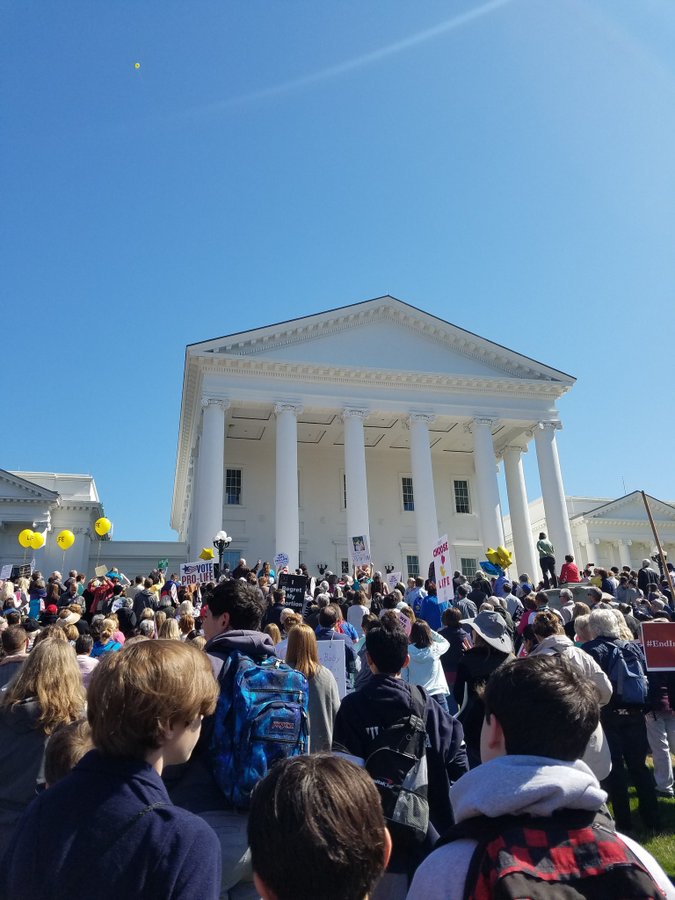 Thousands join at the state of Virginia’s first ever March for Life! #VAMarchForLife 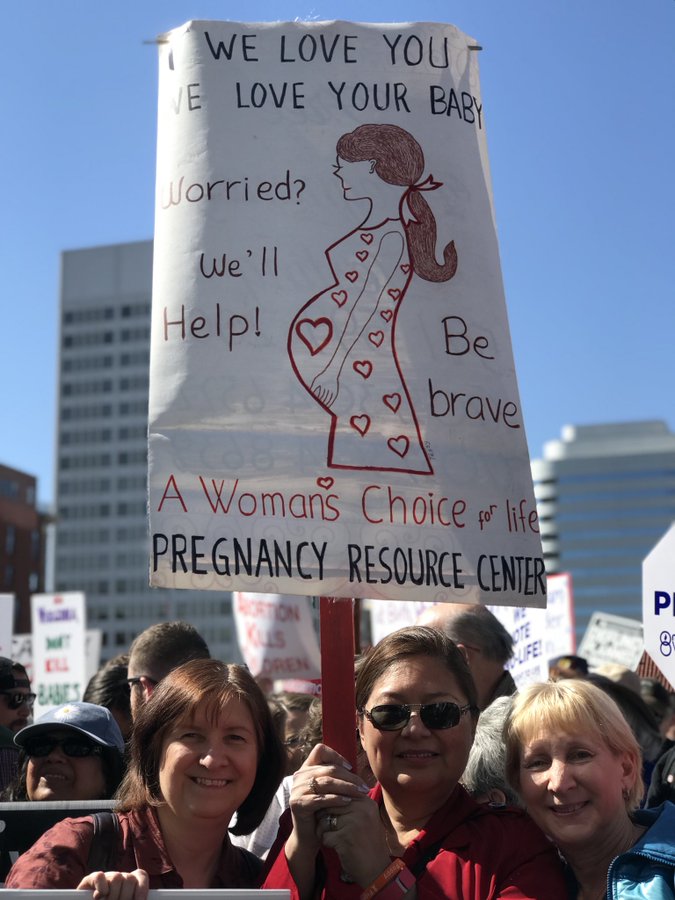 This is what it’s all about! Lovin’ the mama and the child! Here with thousands at the #VAMarchForLife to let the radical pro-abortion Left we will fight their extremism.

Many Virginians took to social media with the hashtag #VAMarchForLife to share photos and images of the historic event.

Thousands join at the state of Virginia’s first ever March for Life! #VAMarchForLife

In a press release, the March for Life organization highlighted the speakers who spoke in defense of life. Melissa Ohden, a survivor of a saline infusion abortion, spoke, as well as the founder of The Radiance Foundation, Ryan Bomberger. Jeannie Mancini, the president of the March for Life, Victoria Cobb, president of The Family Foundation, Olivia Gans Turner, president of the Virginia Society for Human Life, and Felicia Pricenor, associate director of the Virginia Catholic Conference, also joined the series of speakers present at the inaugural march.

This is what it’s all about! Lovin’ the mama and the child! Here with thousands at the #VAMarchForLife to let the radical pro-abortion Left we will fight their extremism.

Thank you to the pro-life Virginia stare senators! #vamarchforlife #whywemarch